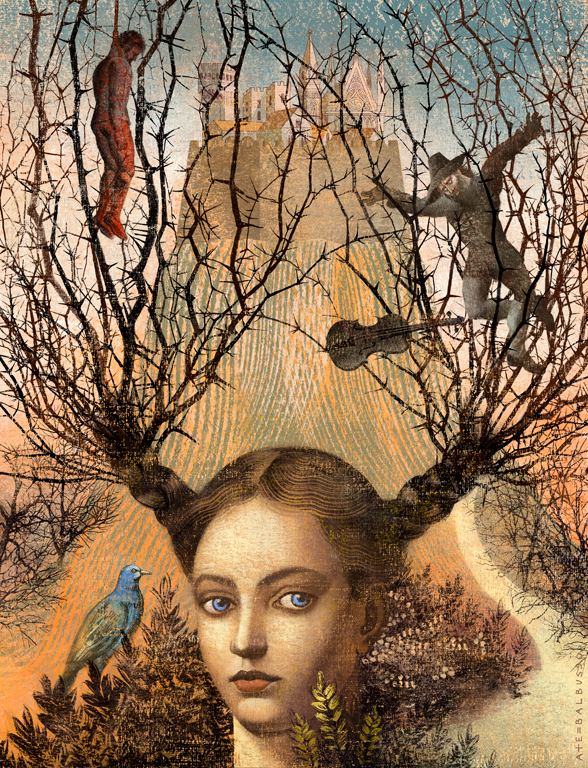 “Among Thorns” by Anna + Elena Balbusso

Since Other Cool Birds hatched into a full-fledged website, I have had the good fortune and profound pleasure of interacting with artists from around the world—including those working in Japan, South Africa, Poland, Bulgaria, Lithuania, the UK, Canada, Paris, as well as artists from all over the U.S.

Artists who have received honors from The Society of Illustrators and the Society of Children’s Book Writers and Illustrators (SCBWI); winners of prestigious awards like the NAACP Award and Coretta Scott King Award; illustrators who have worked for top publishers like Scholastic and Simon & Schuster; graphic designers, illustrators, painters, mixed-media artists whose works have appeared in galleries around the globe.

This is true of the latest artists to wing their way to Other Cool Birds, identical twins Anna and Elena Balbusso from Milan, Italy. 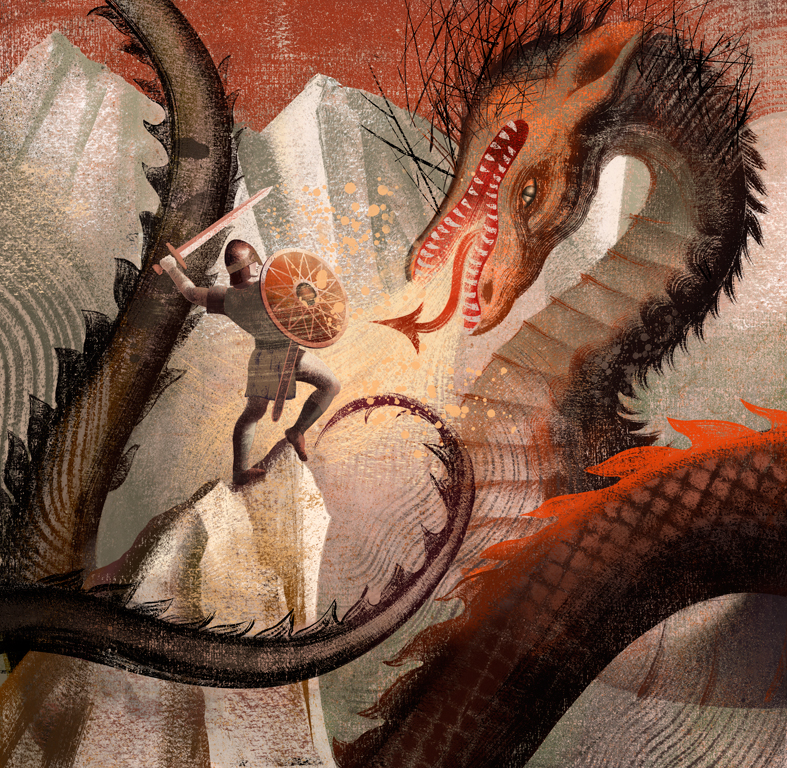 As a Lit major in college and a Young Adult (YA) writer, I have a passion for Classical Literature and also for YA and Children’s Literature. Undoubtedly that plays a part in my appreciation for the gorgeous work of Anna and Elena. But make no mistake, it’s the quality of that work that led me to inviting them to be part of the flock.

I was extremely happy when they said, yes.

Since 1998 they have been working as a freelance illustration team. Born in Udine, in the Friuli Region of Italy, Anna and Elena studied graphic design and photography in high school at the Istituto D’arte G.Sello. They also studied printmaking techniques such as etching, woodcut, engraving, screenprint, and linocut but eventually found their way to Milan to study painting at the Brera Academy.

Although they intended to work as graphic designers in Milan after graduating, the state of advertising design at the time was in crisis. As a result, they joined the Italian Illustrators Association which took them back to their roots – drawing has been their passion since they were three years old. 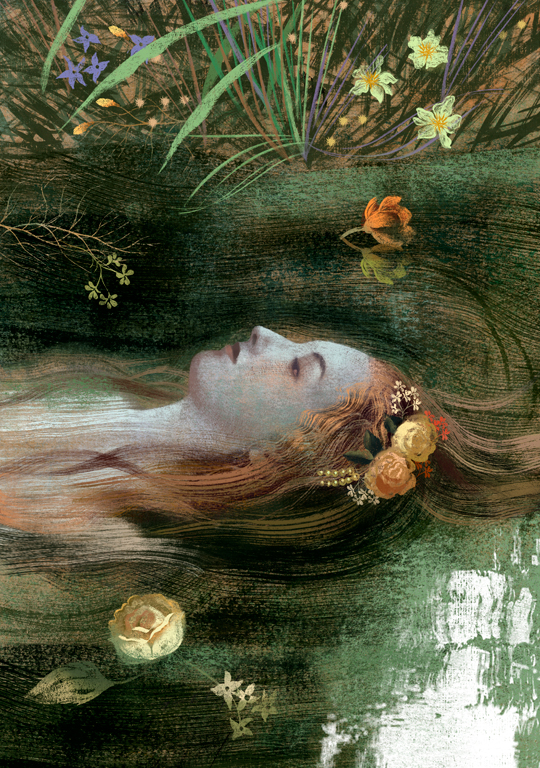 In an interview with Fred McCoy that appeared in CF Art & Design Magazine, the twins recommend that artists “Follow and respect one’s personality, don’t follow the trend of the moment.”

It’s that permission to listen to yourself, to honor your personality and to express it using your own voice that resonates with me as an artist.

Anna and Elena go on to mention the importance of being aware of trends, since it is a commercial world, but they contend: “be careful in your choice of projects. It is important that the quality of your work keeps growing. Interpretation is more important than technique and special effects.”

In another article which appeared in The Atlantic back in 2012, Stephen Heller writes about the twins “taking the illustration world by storm.” Heller alludes to their having garnered some of the year’s “top honors at the Society of Illustrators and elsewhere for images that are enticingly Renaissance and eerily new wave.” 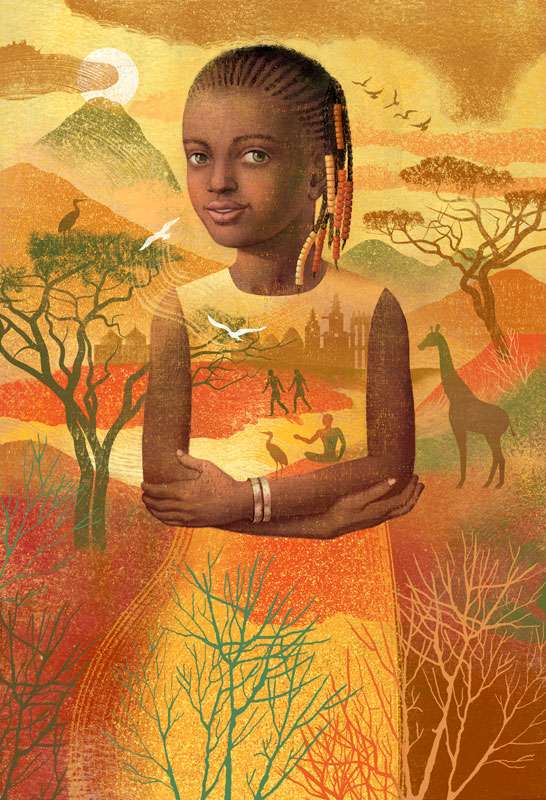 In addition to working on books that depict scenes from The Canterbury Tales, The Handmaid’s Tale, The Merchant of Venice, Beowulf, Tristan and Iseult, and other literary classics, it’s that wonderful quality of “being somewhat eery while also echoing styles and artists of the past,” like those of the Renaissance, that makes the Balbusso illustrations speak to me so strongly.

There’s also the fact that Anna and Elena have created stunning covers and illustrations for several YA and Children’s books, like the cover for Hild. 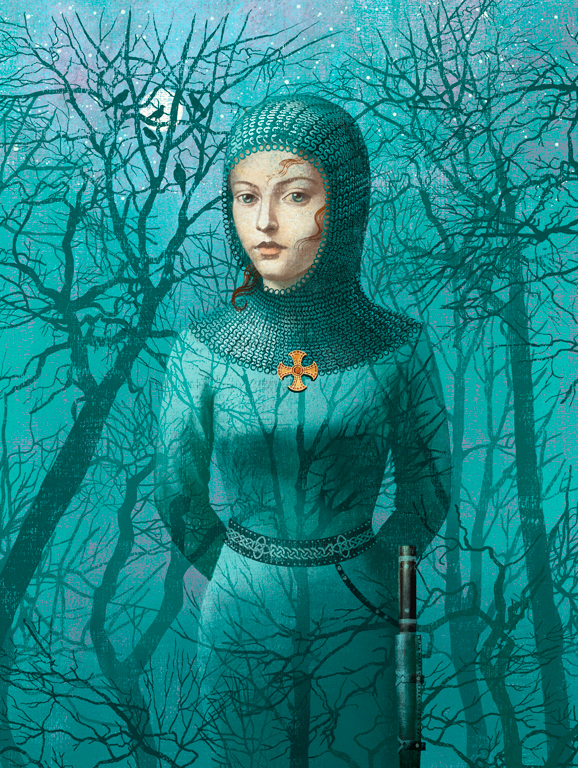 Since 1998 the twins have been working as a team doing freelance illustrations.

“It is a job without certainty,” they admit. “We have been able to transform our passion in our work because we are international artists who work mainly abroad . . . we work in many fields of communication with different styles for different markets. Many young people aspire to do creative work (graphic design, illustrator) to follow their passion, but only a few are able to turn their passion into a profession to earn for living. Talent is necessary but passion, study, commitment, tenacity, hard work, research, courage to change and evolve forever are fundamental.”

More important than technique or special effects, they claim, is interpretation which goes back to their advice about honoring one’s personality.

They do extensive research for each project, but ultimately they follow their interpretations. There is no competition between them which allows them to discuss ideas and to collaborate so effectively. 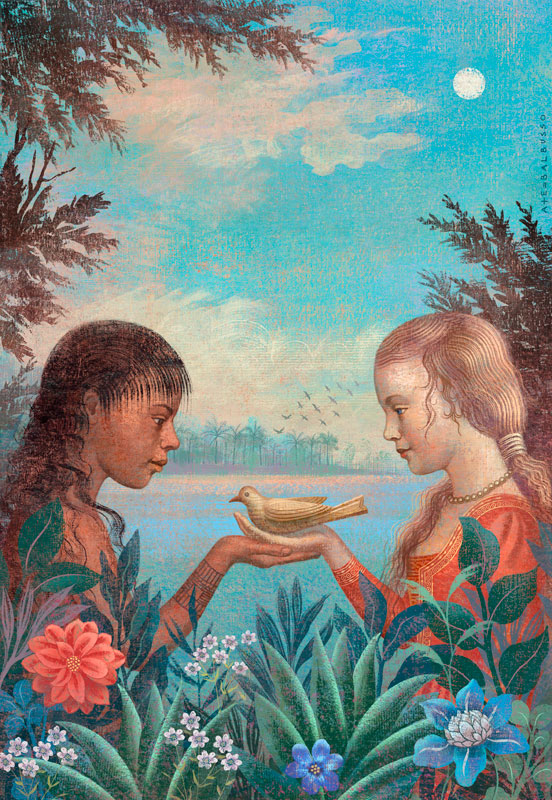 Being open to experimentation and to change is also important to their continued growth.

“To improve,” states Ann in The Atlantic interview, “it is necessary to experiment and take risks. When we visit an art exhibition that suggests changes in our work, we try to do it at the first opportunity. We do not have a preconceived idea of how we will evolve our work in the next years, but we know that will change.”

Anna and Elena were recently touted among as two illustrators of The Decade 2010-present on the Illustration History Website of the Norman Rockwell Museum and with good reason.

In that same article, the following description of the purpose of illustration can be found. It’s a statement that I think bears repeating here for it captures the essence of all the work found at Other Cool Birds.

“Contemporary illustrators depict narratives which are little different from those that were told by torch light in pre-historic caves, or expressed by the playwrights and poets of the classical world, or sung by medieval minstrels. They may do so with ancient mediums using brushes and pens, or with styluses that convey drawing movements to electronic tablets. But while so much has changed, the purpose of illustration has remained the same: to provide a visual experience that communicates meaning beyond what words alone can do.”

I hope you take a journey to Milan, to the website of Anna + Elena Balbusso, so that you can explore the many works not found here. Allow yourself the chance to enjoy a visual experience that communicates meaning beyond what words alone can do.

Check out a few more stunning illustrations by Anna + Elena in the gallery below, and follow them on Facebook and Behance.

DORIAN VALLEJO “My task . . . to make you hear, to make you feel - it is, before all, to make you see.” - Joseph … END_OF_DOCUMENT_TOKEN_TO_BE_REPLACED