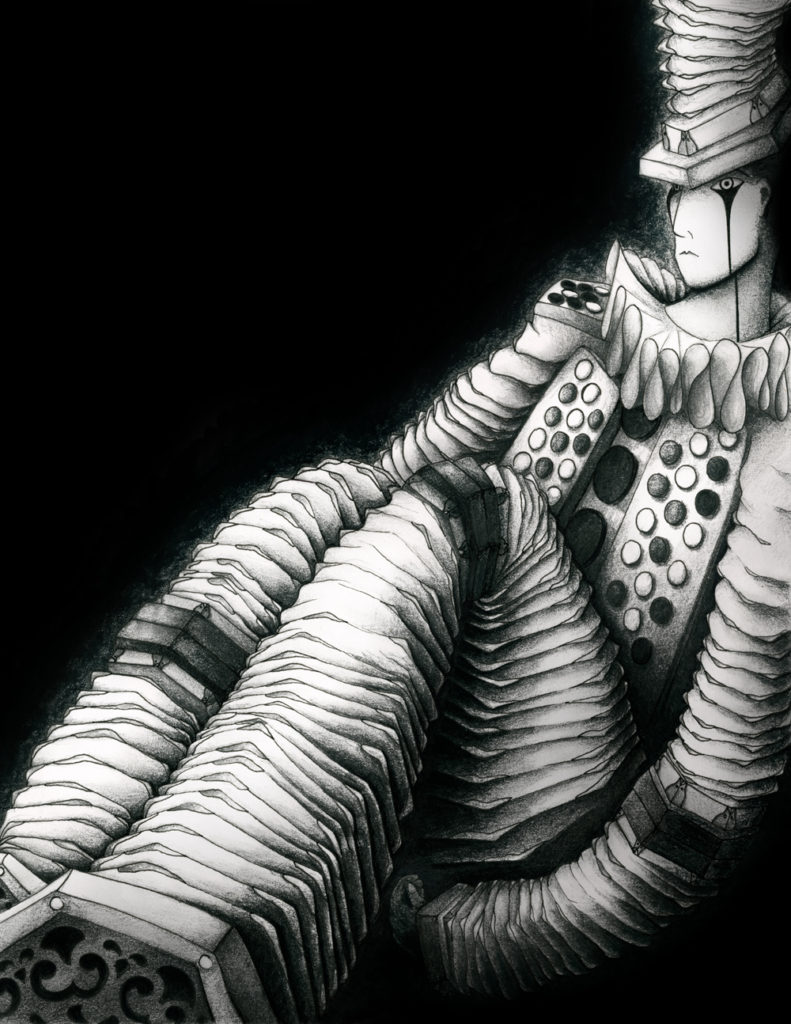 I was struck by the lush colors and the story in Typhaine’s Le Gallo’s “Little Red Boubou,” the lines and possible story behind “Manccordian.” There’s a richness and a definite story being conveyed in each piece.

Other Cool Birds: Is there an element of truth to Woodson’s claim as it relates to Visual Artists (or to your work)? If so, how?

Typhaine Le Gallo: More than anything, to draw is for me an act of joy and it anchors me firmly in the present. When I draw I can compare my state of mind with what I feel when I attempt to meditate. There is no notion of past or future, I really live in the present in serenity.

That’s why it has definitely been a huge help to draw about subjects linked to difficult times in my life. I don’t tend to do it naturally, it’s more of a very conscious decision to use this “tool”, it took me courage and when I started it was painful. But at the end of the day, my mind was more peaceful. And I’m convinced that if you are brave enough to face it, it can be the source of very powerful work.

OCB: What are you painting or creating art for (as in, what is the deep-down driving force behind your choice to paint in the first place)?

Typhaine: As most of the creative people I believe, to draw is not just a choice, but a need. When I cannot draw for several days or sometimes weeks, I become quickly frustrated and impatient.

As soon as I can draw again, I feel better, immediately more relaxed and focused.
When a new illustration appears slowly in front of my eyes and my hands, the birth of a picture which popped up in my head and swirled in my mind for days, sometimes for months, I feel real joy but also almost a physical sensation of relief and deliverance. I think  At last! It is here, now I can think about something else.  And of course a new one pops up!

OCB: What technique/media did you use to create “Manccordian,” and/or “Little Red Boubou?” 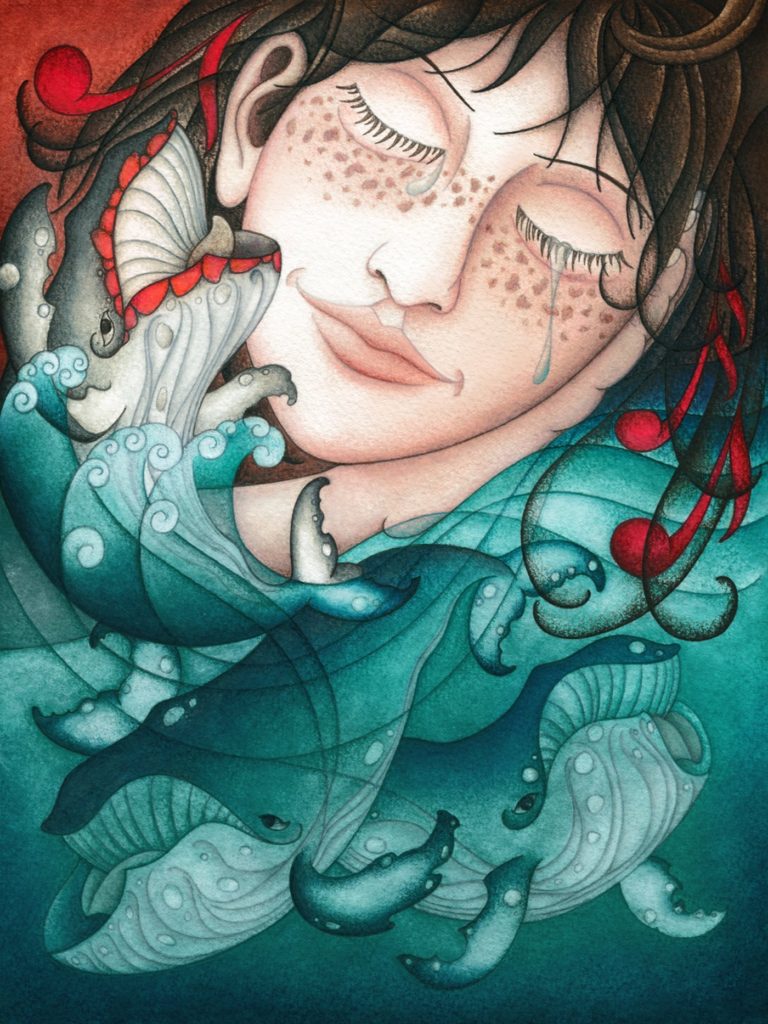 Typhaine: I draw and paint by hand. It’s important for me to keep a strong connection with paper and traditional mediums: mainly watercolor pencils, gouache and ink. I usually only use a computer at the end to clean up and adjust color levels.

As “Manccordian” had to be black and white, here I only used lead pencils, and then Photoshop to enhance the contrast on the character and add a deep black layer for the background.

“Little Red Boubou” is the only exception to my “80% traditional, 20% digital” rule. I wanted to experiment a project mainly done digitally, to be fully aware of the pros and cons. I drew the lines with black ink, scanned these black and white drawings and some textures on paper done with watercolor pencils, graphite or pastels. Then I digitally composed the final colored images in Photoshop by assembling all the parts. I learnt a lot and enjoyed it… but not as much as traditional mediums. 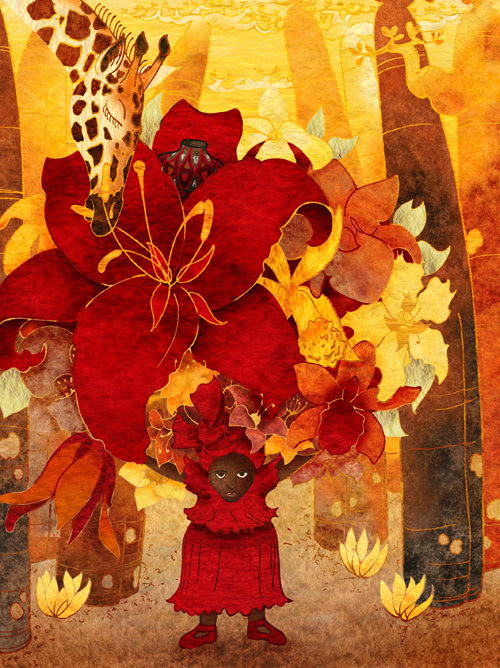 OCB: Since you illustrate books for young readers, did you have a favorite illustration or illustrator when you were young (or now)?

Typhaine: The first memory of a children’s book that struck me is “Le Roman de Renart,” illustrated by the French illustrator René Hausman. Beautiful vivid illustrations of animals and fable characters in watercolor. My dad offered me his own copy after making me promise that I would take really good care of it. I was so impressed by the illustrations that I definitely did!

Now my favorite illustrator is Rebecca Dautremer, also a French illustrator. Everything in her illustrations is just perfect, the composition, the movement, the colors, the light… every drawing is a real gem.

DORIAN VALLEJO “My task . . . to make you hear, to make you feel - it is, before all, to make you see.” - Joseph … END_OF_DOCUMENT_TOKEN_TO_BE_REPLACED