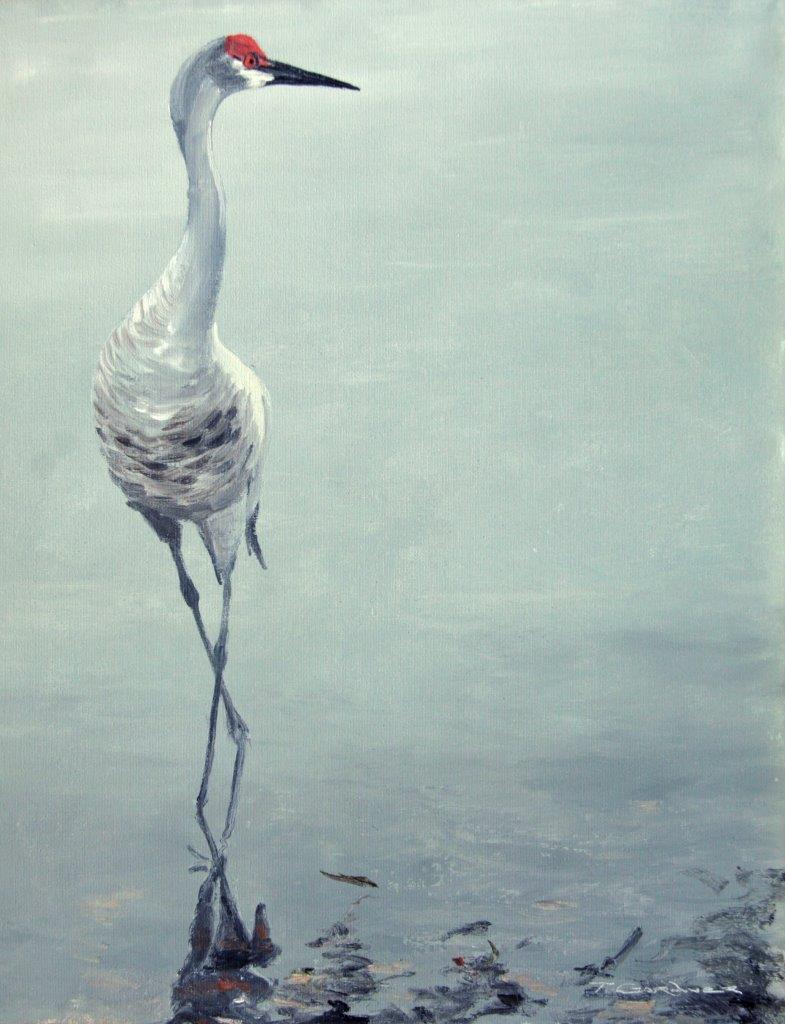 Working for a few years as Communications Manager for the County’s Conference & Visitor’s Bureau afforded me the unique opportunity to experience the very best the Finger Lakes region has to offer (wineries, bed & breakfasts, museums, art galleries).

It was because of that opportunity I discovered West End Gallery located on Historic Market Street in Corning, New York, which is where I got my first taste of the remarkable art being produced in the region as I explored the work of the late Thomas Buechner, Thomas Gardner, Martin Poole, Marc Rubin, GC Myers, Bridget Bossart van Otterloo, Dustin Boutwell, Brian Hart, Mark Reep (and if you haven’t seen their work, you need to visit here and take a look), and others.

As with many worthwhile experiences, West End Gallery started out as something else.

Founded in 1977 by artists Thomas and Lin Gardner as Corning Art and Frame, there was an area of the business designated as gallery space where Tom Gardner, Martin Poole, and the late Thomas S. Buechner exhibited their paintings.

A decade later, the establishment moved into a former Speakeasy, acquiring a beautiful second floor exhibit space, but the gallery wasn’t easily accessible to the public. About twenty years ago, the framing portion of the business was sold and, eventually, West End Gallery found a new, more centrally located home offering two full floors of gallery space.

In some ways, I suppose Tom and Lin have different views on the sort of art presented at West End Gallery in that Tom alludes to the technical aspects while Lin the emotional. “We have always leaned toward representational subjects,” says Tom, “handled in a realist manner, but there are a number of artists at West End Gallery who work more stylistically.” For Lin, though “it is more about how the artwork hits me – whether it be the subject matter, the way the paint is handled, the play of light and darkness in the artwork, or if it triggers a memory or feeling.”

The beauty of this is that whether you appreciate art for style and technique or for the way it makes you feel, you’ll find paintings that speak to you.

The gallery has more of a museum atmosphere to me in the sense that you are free to look around at your leisure. There’s never any we-want-you-to-buy-something vibe. And the staff, all knowledgeable when it comes to art and to the artists who exhibit there, have always acted as if each artist is a personal friend they want to represent as well as possible.

That may seem like a little thing, but it has always impressed me. 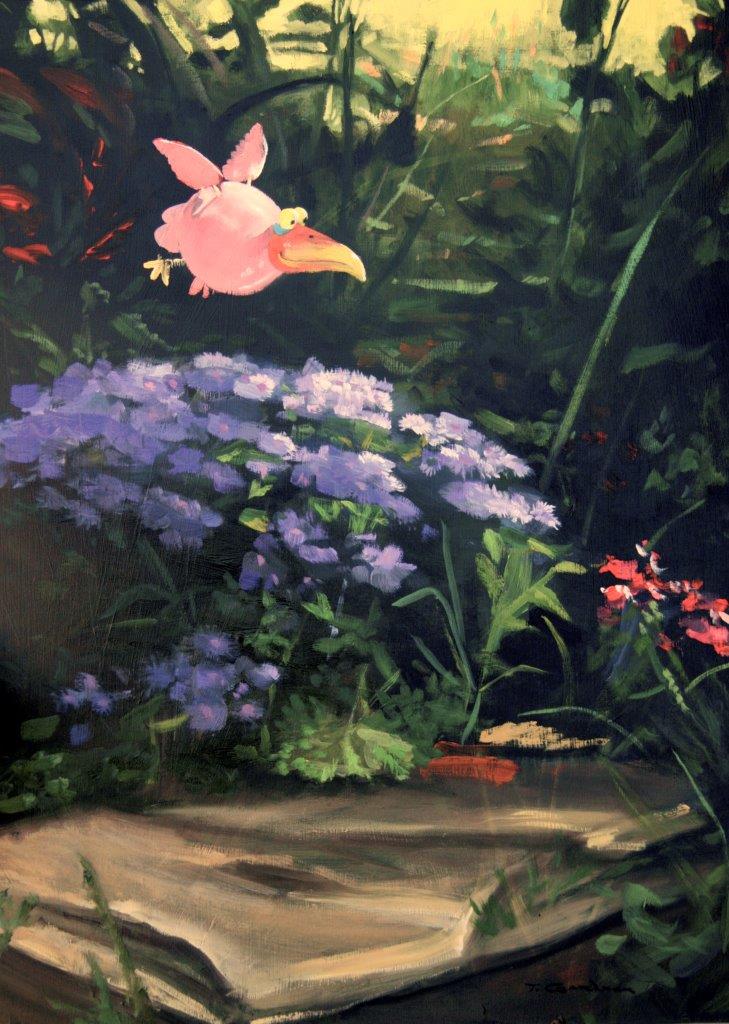 I have gone to the gallery dozens of times without making a purchase, yet each time I go I am welcomed as if it were my first time. I find that impressive, as well, and it’s probably one of the reasons I almost never think about West End Gallery as a business, but more as a habitat showcasing exceptional art.

Tom’s training is similar to other artists I’ve encountered at West End Gallery. He started out self-taught, but his work caught the eye of a Thomas Buechner (himself a remarkable artist and the Founding Director of The Corning Museum of Glass).

“That changed everything,” says Tom. “We worked for years together, side by side, alone in the studio. It was an apprenticeship situation, for sure.”

Slowly, others joined us until the studio was bursting at the seems, so I decided to make room for younger students and I began to work alone I my own studio.”

Marc Rubin is another of the many artists who were influenced directly by Buechner and if you aren’t familiar with Buechner or his work, you’ll want to investigate him a bit (and if you paint you might be interested in his book How I Paint: Secrets of a Sunday Painter).

Thomas Gardner wasn’t just the first artist to have his work shown at the gallery, he has also inspired and supported many artists, helping to launch their careers. Each of the birds shown here representing West End Gallery were painted by Tom though they may seem like paintings from two different artists, one more serious the other rather whimsical. They merely reflect different stages on his artistic journey.

Tom has an appreciation of birds. “I have a feeder outside my window,” he states, “and I watch the birds all the time and I’ve come to realize they all have individual personalities. They fight and bicker and play and love, just like we do. But I do identify with some more than others. I tend toward the less pushy and aggressive ones. The more curious and fun loving birds have won me over.”

Technique: The three birds here are “alkyd paintings on panels, nothing exotic, brush and pallet knife stuff with a little glazing going on there.” 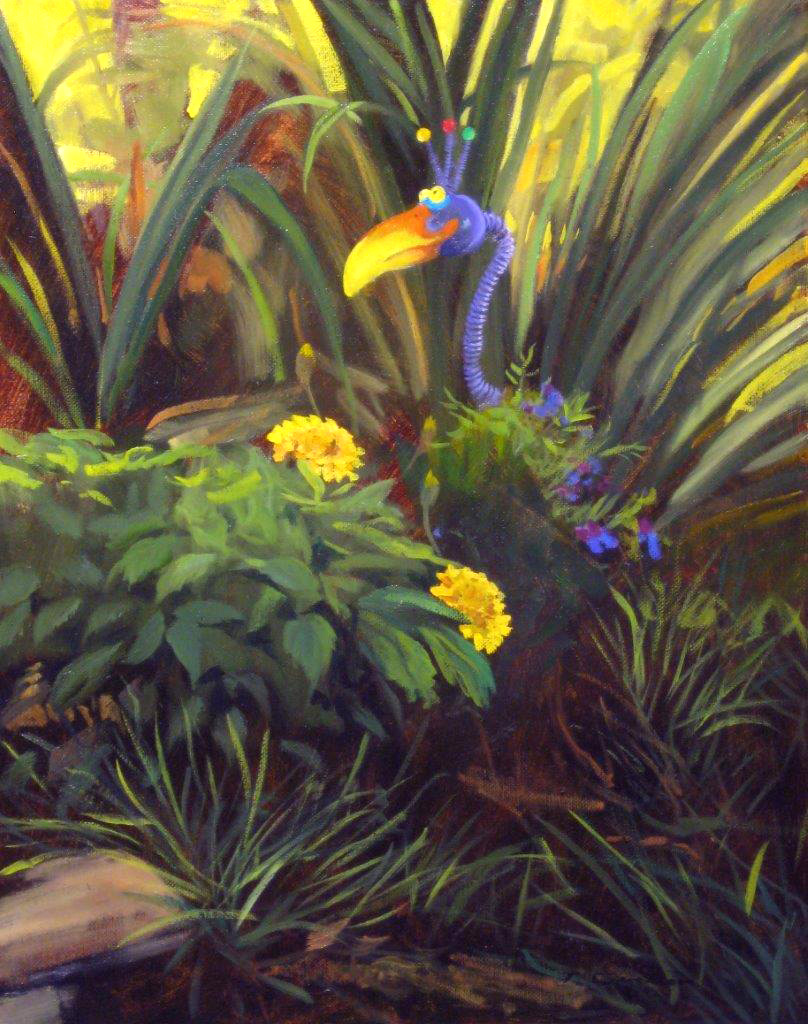 “Forget Me Not” by Tom Gardner

Although West End Gallery is a business, Tom and Lin especially enjoy helping their artist friends develop careers in a very difficult field and to introduce their work to a wide audience of collectors. The artists at West End Gallery are truly world class and their clients are international in scope.

The Gallery has eight exhibits per year. The next exhibit will feature new work by Tom Gardner and runs from May 2nd – June 6th. After which, we will have exhibits featuring Martin Poole (June-July), GC Myers (July-August), Bridget Bossart van Otterloo & Brian Keeler (September – October), the late, Thomas S. Buechner (October-November) and the highly anticipated Director’s Choice exhibit (November – December).

They’re also involved in several community events, including Arts in Bloom: A Steuben County Arts Trail (April 26-27) which will feature SIX artists doing demonstrations; “A Touch of Glass” during Corning’s GlassFest (May 22-25); and The Corning Artwalk during National Arts and Humanities Month in October.

Special thanks to Bridget Bossart van Otterloo for her permission to use “Protected” as the image for the Bird’s-Eye View page. Learn more about Bridget and her work here.

DORIAN VALLEJO “My task . . . to make you hear, to make you feel - it is, before all, to make you see.” - Joseph … END_OF_DOCUMENT_TOKEN_TO_BE_REPLACED